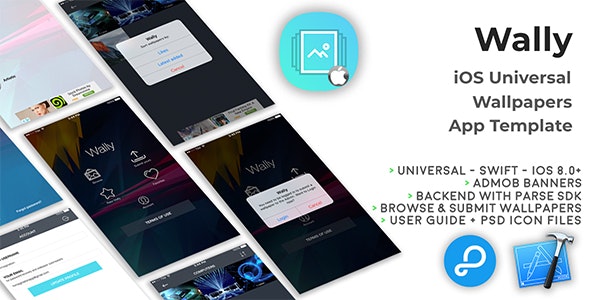 Both iOS and Android version can share the same Parse database

Wally is a Universal app template for wallpapers where users can save them into their photo library and then set them as wallpapers to their devices, they can also submit new wallpapers to the admin of the app for approval. You, as the Admin of the app, will just have to switch a isPending variable into False in the Parse Dashboard or Adminca.com CMS panel to make the submitted wallpapers visible in the app, it’s super easy.

5.00 stars
5.00 average based on 7 ratings. (more information)
© All Rights Reserved cubycode
Contact the Envato Market Help Team
Quick Links Explore popular categories
by
by
by
by
by
by