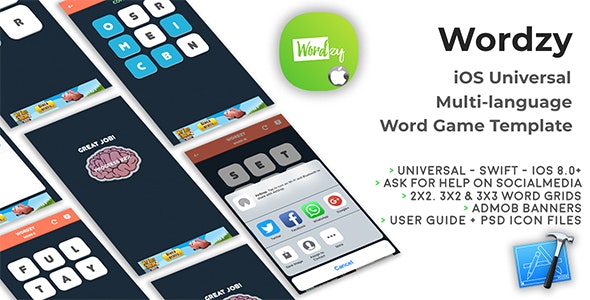 Wordzy is a Universal Game Template where you have to unscramble 4, 6 and 9-letter words in a nice interface as a grid of buttons.
You can insert your words into a simple .plist file, start by inserting the 4-letter words, then the 6-letter ones and lastly the 9-letter ones.
If you get stuck on a word, you can ask for help to your friends on social networks, email, and SMS.

I get a Code signing error in Xcode 8.x