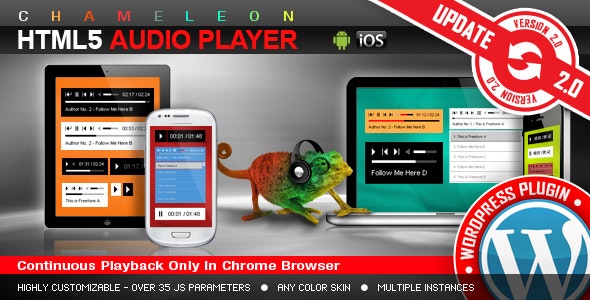 Note for Safari & Chrome (restrictions imposed by Apple & Google):
Starting with Safari 11, Firefox 66 and Chrome 66 the autoplay will not work because Apple & Google disabled autoplay feature and it can’t be controlled from JS