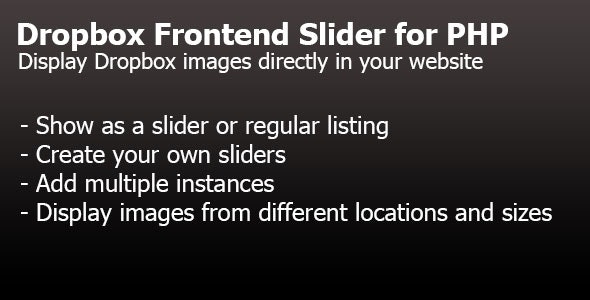 - Choose between frontend display modes (flexslider, no effect) or create your own effect (by adding a new folder to the effects folder). Fully customize the output by adding new sliders with custom html, javascript and css!

- Choose the direct URL from Dropbox where the images are located

- Add several instances of the plugin to the site

Dropbox has deprecated the API v1 on September 28, 2017 (https://blogs.dropbox.com/developers/2017/06/updated-api-v1-deprecation-timeline/).

Due to this change in the API, a new version of this plugin has been uploaded, now with Dropbox API v2 support.