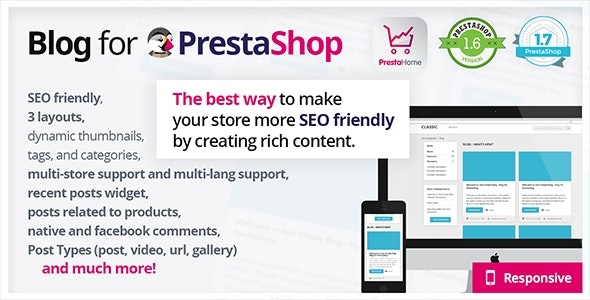 over 2000 sales of Blog for PrestaShop… THANK YOU!

We offer customer support through our ticket support service. In order to use this service you will need to register with your Item Purchase Code. This is available from your downloads section on Envato.

Be sure to check out our faq?s section we may already have an answer for your question.

Please note: We do NOT provide support in the comments section of CodeCanyon

Are you Theme Developer?

How to update our Blog for PrestaShop?