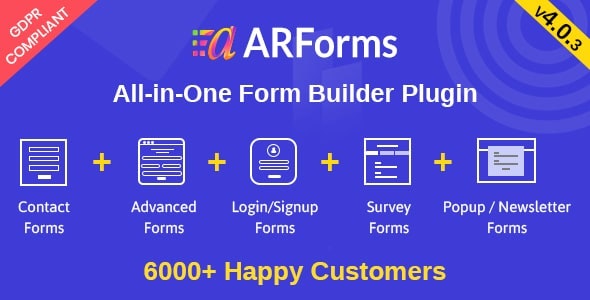 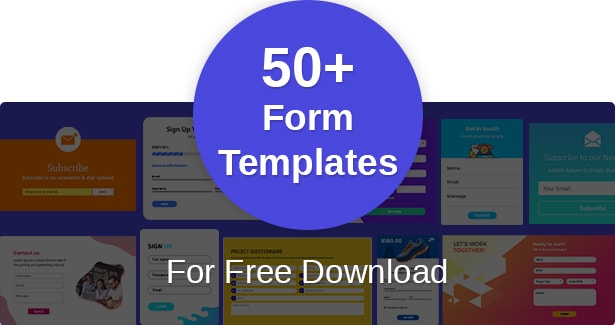 The must have form builder plugin for WordPress has had a complete makeover! ARForms has an all new UI, designed to give users a real time experience, and it’s packed with powerful features so that you can prepare and process your forms at lightning speed. 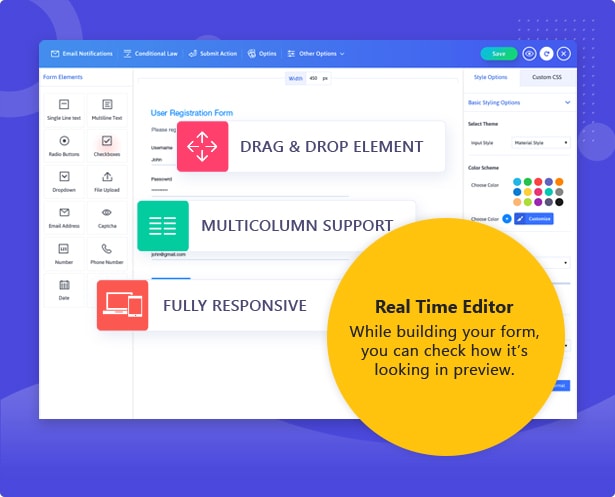 ARForms comes with a fully featured multi-column facility, including the option to resize any column by simply dragging the border between fields. Easy, fast, flexible.

30 Forms Elements For Building Forms Of All Kinds

ARForms is one of the very few form builder plugins that offers a true material style forms, as well as rounded and standard style forms not limited to create just wordpress contact forms. Your wordpress forms, your way! 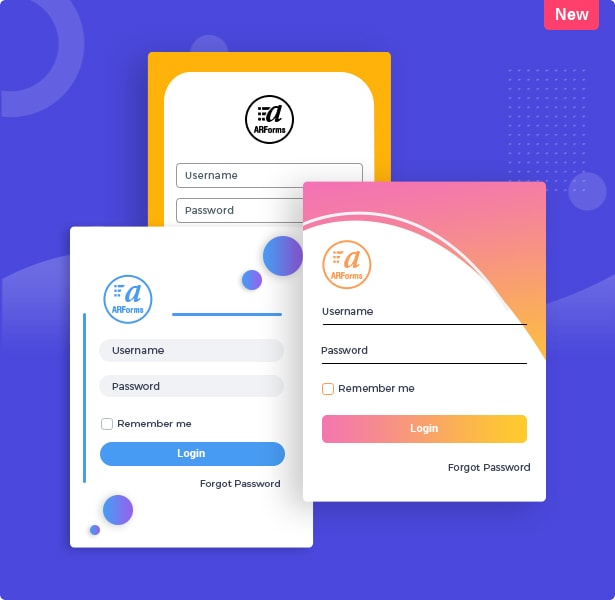 Enjoy elegant, fully responsive forms straight out of the box, with clean and streamlined HTML. 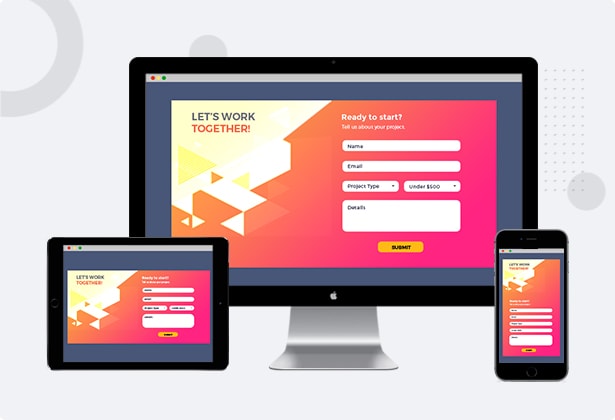 Great news! This advanced and complete form builder now has a built-in popup forms facility, so there’s no need to buy a specialised wordpress popup plugin. Your forms can fly in, stick to the bottom of the page, or popup on page load – all with ARForms.

This sophisticated WordPress form builder plugin gives you complete flexibility to create forms that suit your needs. With ARForms, you can create multi-step or survey style forms, with tabs/steps or a progress bar so that users know where they’re up to. 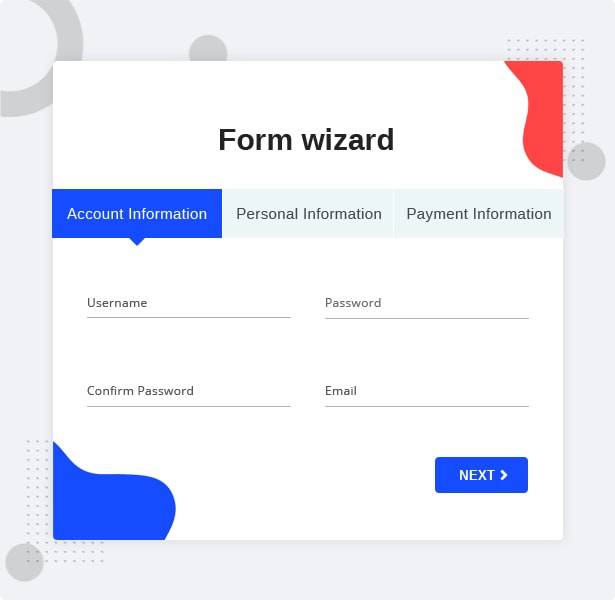 ARforms has wonderful facility where you can create long survey forms without loosing data. It is common fact that many users do not fill up long survey forms completely, but even partially filled information is important for site owners. So now each field value can be saved in database automatically as soon as user insert value in input field 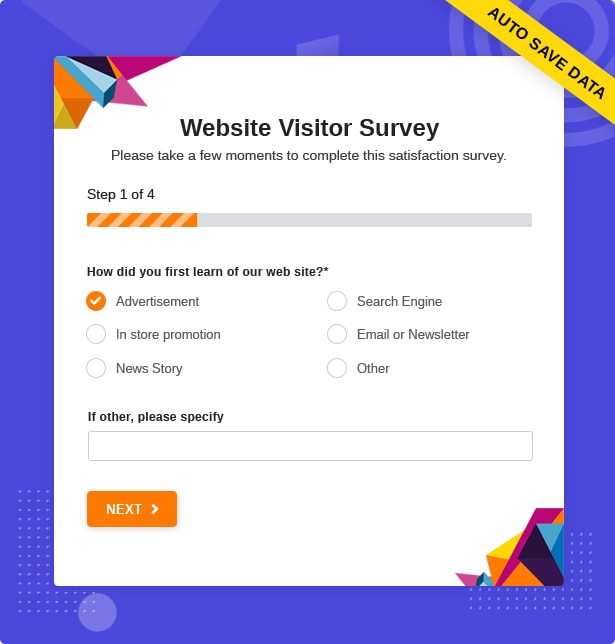 One of the most dynamic feature, Repeatable Form Fields is now available in ARForms. You can now set any field or group of fields repeatable finite or infinite number of times. 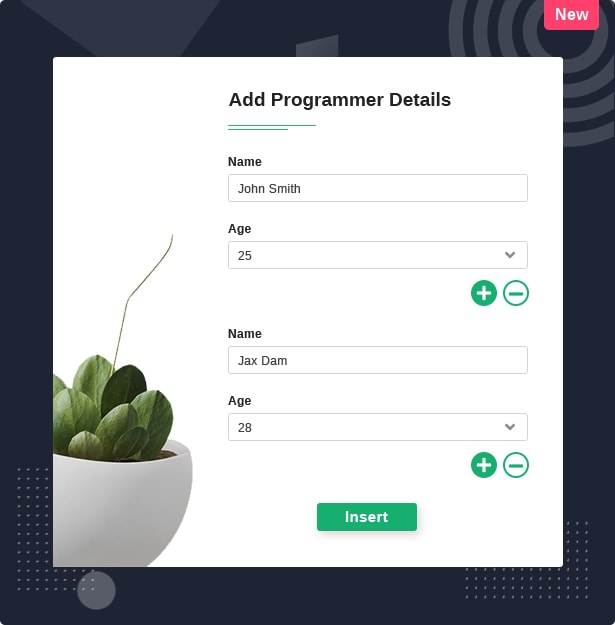 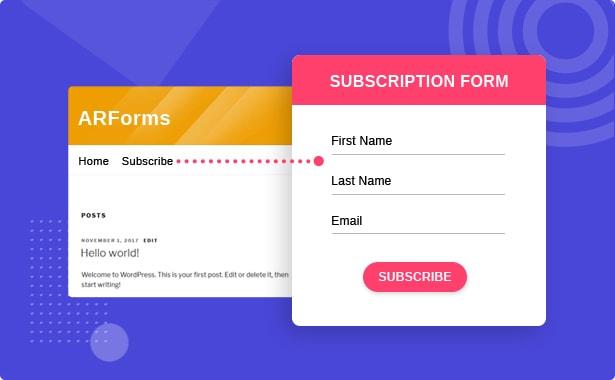 This long-awaited feature has been added to the latest release of ARForms. Now you can add your own images or icons to act as radio buttons or checkboxes.

This powerful capability allows you to set conditions on form fields to show/hide, enable/disable, or prepopulate a set value, based on the input values of other fields. ARForms has this enhanced conditional logic built right in, so you don’t need any technical knowledge to build sophisticated forms. 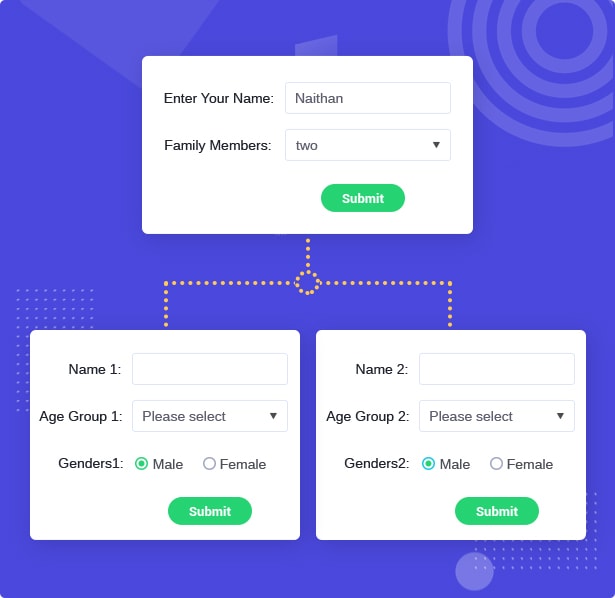 With the latest version of ARForms you can easily perform calculations within a form, based on user input. You can calculate totals, averages and more, without any coding knowledge. 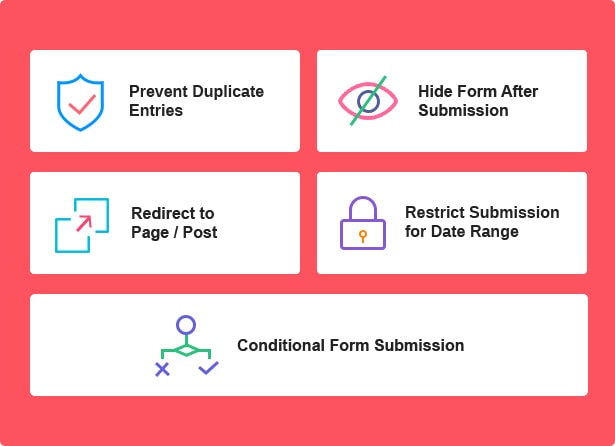 Long awaited feature is here, now, user can get confirmation step upon form submission, so, if something is wrong then they can go back and modify. Or even in some cases submission summary needed to be shown 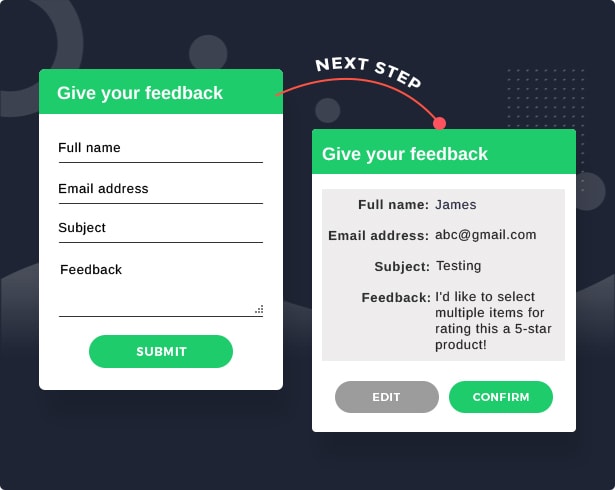 ARForms supports 13 of the most popular email marketing systems so it’s never been easier to build your own forms and keep in touch with your subscribers. You can integrate using Webform or API for even more advanced features. Along with the support of other email marketing software ARforms allows seamless integration with popular Mailchimp for wordpress. 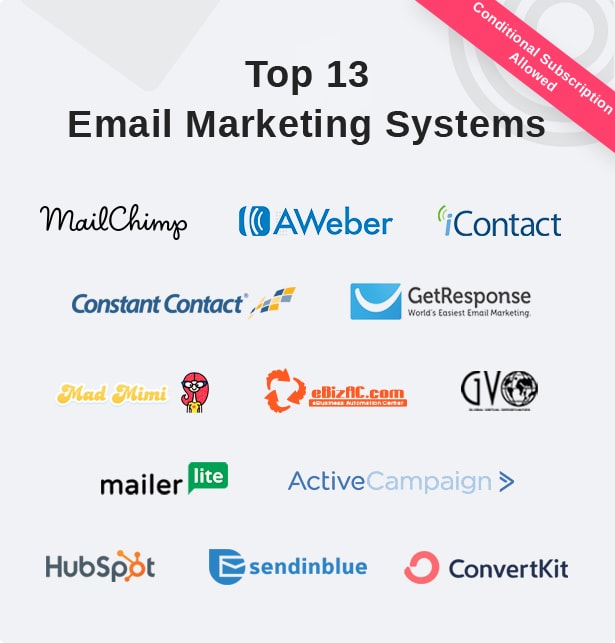 Automatically send email notification to admin, and to any email address provided in form itself by user, upon submission of the form. ARForms also provides shortcodes to pull values from fields within the form, so that your automated emails are dynamic, relevant and tailored 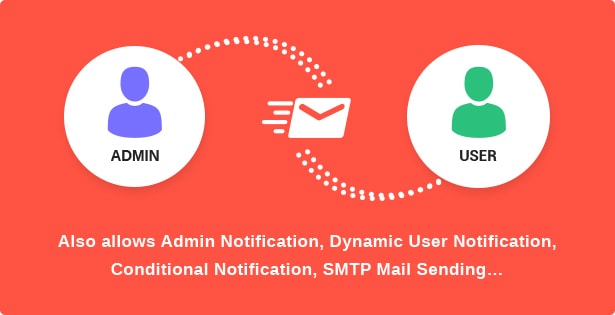 The admin section is fully compatible with WPML so can be translated into any language. Your bundle includes 12 different pre-converted translations. 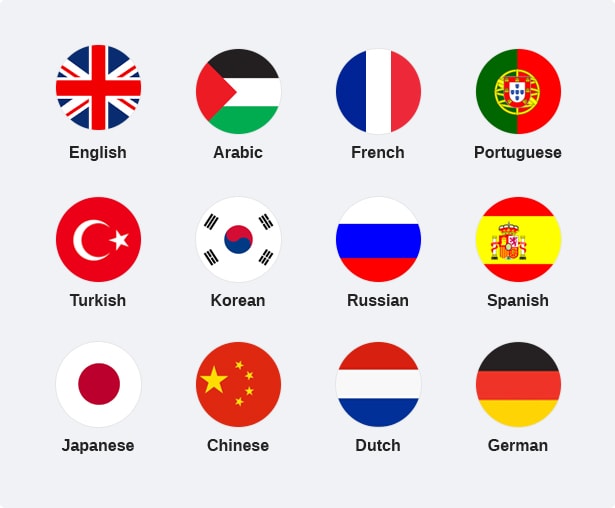 ARForms now provides many beautiful pre-built form samples which you can download for free and use it on your website right away. All samples are just one click install.

A beautiful and effortless way to monitor all of your forms’ activity through vibrant, user-friendly graphs and charts, including a world map to show where all of your submissions have come from. 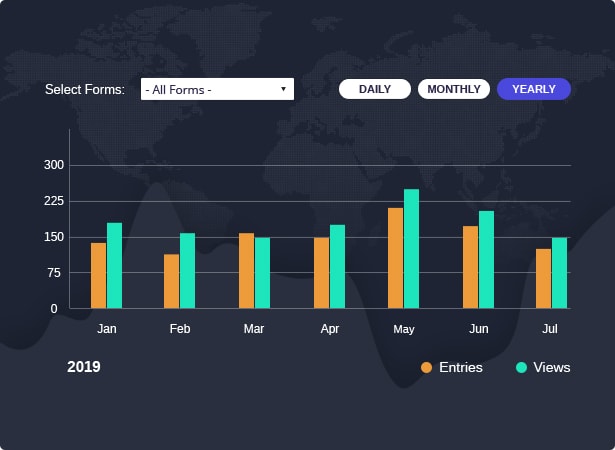 To get even more out of your ARForms plugin, check out the wide range of free and paid add-ons.

Real Time Editor
Create beautiful forms in just a few clicks, and check your changes on the front-end with an instant preview.

Any & Every Type of Forms
Create wide range of fully responsive forms for all your needs: WordPress contact form, an opt-in popup form, a workshop registration form, surveys, a job application form, and many more plain and complex types of forms.

30+ Elements
Choose from a wide selection of elements to build forms of all kinds.

Drag & Drop
Simply drag and drop your elements into your forms and arrange them in real time.

Google Fonts
Includes the huge library of Google Fonts so you can get the look you want, in any browser.

Resizable Columns
Supports multiple columns, and you can re-size by dragging the column borders.

Custom Images
Now you can upload custom images to act as radio buttons or checkboxes within your forms.

Tooltip Facility
Give users a helping hand with tooltips on hover or click.

Advanced Conditional Logic
Your sophisticated forms adapt to your users’ input, capturing the relevant data and saving time at both ends.

Edit Entries
ARForms allows you to edit form entries even after submission.

Math Logic
Easily perform calculations on data, including totals and averages, with no coding knowledge.

Import/Export
Import or export the data you need, or even entire forms, including all form settings.

Fully Responsive
Your forms look beautiful and perform perfectly on any screen.

Built-in Popup Options
No need for an extra popup plugin! Forms can fly in, stick to the page, or popup on page load.

Email Marketing Ready
Supports popular email marketing systems, such as MailChimp and iContact, and you can integrate using Webform or API. no need to buy separate wordpress mailchimp plugin

SMTP Support
Option to send email through an SMTP server.

Add-Ons
Supports a huge range of free and paid add-ons, including ActiveCampaign, PayPal and Authorize.Net.

4.58 stars
4.58 average based on 388 ratings. (more information)
© All Rights Reserved reputeinfosystems
Contact the Envato Market Help Team
Quick Links Explore popular categories
by
by
by
by
by
by