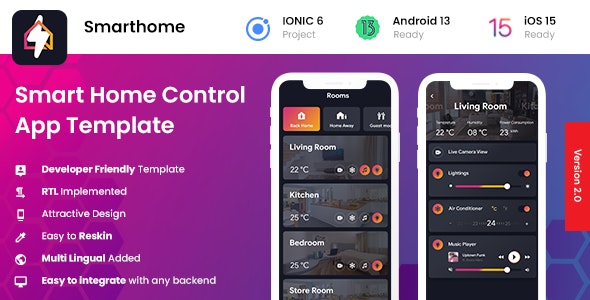 Smart Home application enables users to easily connect with various home appliances, including lighting, air conditioners, music systems, and more through their smartphones. Slick and modern looking eye-soothing app provides a one place smart home solution where everything is in a tap away.