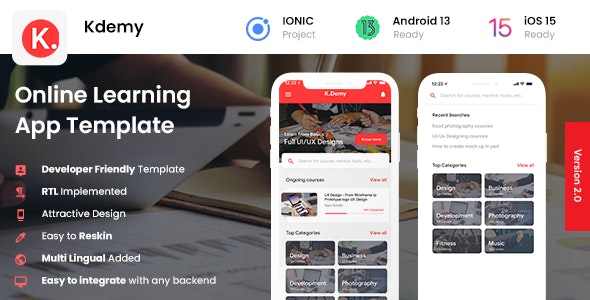 Kdemy is an online learning platform where anyone can learn tones of video courses taught by expert instructors. Slick and modern looking eye-soothing app provides a one place solution where everything is a tap away.

Kdemy is an online learning app template with 25+ screens.