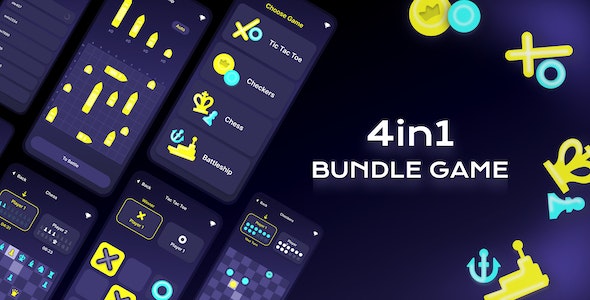 No need for pencil and paper and wooden board with pieces – now you can play on your iPhone for free anytime anywhere! Simply install the App, connect people around you: kids, friends, family via bluetooth and enjoy most popular inline game: Tic Tac Toe, best classical board game: checkers (draughs) and the utmost sophisticated board game: chess!

No charges inside! Our philosophy is to make people closer to each other and share precious moments Everybody should be able to have full access to all games The games in our App – are those, which are proven to contribute to mental development

Connect with the other players via wi-fi! Moves hints “Your turn” indication Game history in Chess Pieces Backlog – you can see how many pieces are already taken Leaderboard – shows the number of the games played by you and your opponents and the result of the games (Won/lost/drew) Moves hints and pieces off indication – help you develop your stratery.

Think over your next step using moves history in chess!

Tic Tac Toe (Noughs and crosses) – is the best simple game to play with kids while you’re in a queue, or in the plane, or just want to share your time with each other being offline the web, but close to your dearest!

Checkers, also known as draughts (/drɑːfts, dræfts/; British English), is a group of strategy board games for two players which involve diagonal moves of uniform game pieces and mandatory captures by jumping over opponent pieces. Checkers is developed from alquerque. The term “checkers” derives from the checkered board which the game is played on, whereas “draughts” derives from the verb “to draw” or “to move”.

Chess is a board game between two players. It is sometimes called international chess or Western chess to distinguish it from related games, such as xiangqi (Chinese chess) and shogi (Japanese chess). The current form of the game emerged in Spain and the rest of Southern Europe during the second half of the 15th century after evolving from chaturanga, a similar but much older game of Indian origin. Today, chess is one of the world’s most popular games, played by millions of people worldwide.

Cute bots will add fun when you win or lose, or draw. Leaderboard shows you the result of the games you’ve played and adds competitive spirit to your battles!

Enjoy your time with friends and our games!