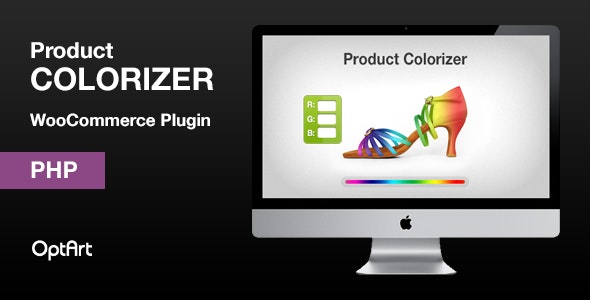 Colorizer is a new exciting plugin for WooCommerce. It makes colorizing and assembling images for variations a breeze. Stop wasting your time, don’t create dozens of images to illustrate every variation, make a few instead!

Check out our demo T-shirt product http://colorizer.optart.biz/product/t-shirt/. To illustrate every possible variation you would have to create 73*72 + 7 = 301 images! The demo is made from 7 images only: front and back T-shirt for woman and man and the logos. That’s not only saving you time but also the disc space.

How about an example when creating an image for every variation is simply impossible? All you need is a product with 10 elements colorized by 10 different colors – that’s 10^10 images to make in this approach and only 10 using Colorizer!

What about variation swatches?

If you want to show images/coloured circles instead of regular select for choice of variation – you can use one of many free modules doing exactly that. Here is one that we’ve tested and haven’t noticed any issues: WooCommerce Variation Swatches by ThemeAlien.

There are themes, that change product image and image gallery not only in a way it looks, but in general they take out whole code and put their own. As we do modify default WooCommerce gallery instead of creating our very own solution (for better compatibility with themes and other plugins) , in such cases our plugin may not work properly. Theme that we know to be incompatible for now is Porto.

Important – you have to prepare your images upfront

Colorizer uses the transparent parts of your image to put the colour of choice in these transparent places. This means, the picture has to be prepared upfront to have such transparent areas.