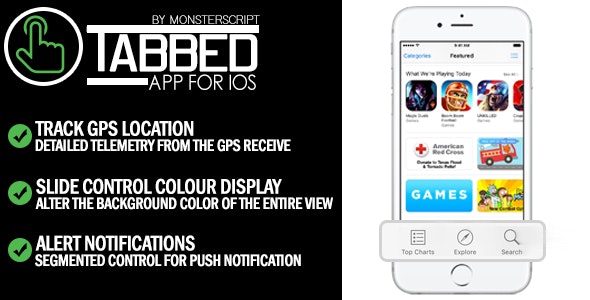 The great thing about using a Tabbed Application is that each of the tabs can act as an app within an app, each one showing a drastically different set of tools and styles. The two initial tabs you set up will tabbed some of? the interface elements you haven’t seen yet, as well as use your device’s GPS function.

• Track GPS Location: Here you create a text view that displays detailed telemetry from the GPS receiver, on either a physical device or in the simulator. You also use a switch to turn the GPS on and off. ?

• Slide Control: As the name implies, in the second tab you look at how to implement the slider tab, where to build a series of sliders to alter the background color of the entire view, and how to output their values into text fields.

• Alert: In the final tab, you see how to use a segmented control to determine what happens when a button is pushed. The choice is between an alert view and an action sheet, two popular elements in many applications. ?

installation import the tabbed App folder into XCode and Run It. or Simply double Click the project file project.pbxproj