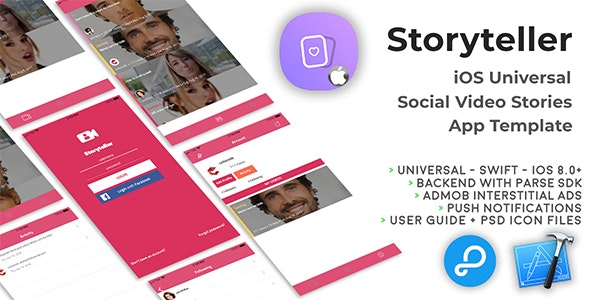 
Storyteller is a Universal App Template where you can record videos for a length of max. 20 seconds and post them within the app based on categories (like Comedy, Food, Places, DIY, etc.), share their title and thumbnail image to social networks, Mail and SMS.
You can follow users to get their latest videos, dismiss watched videos by swiping down your finger on the screen. This app includes a Report inappropriate content feature, replay watched video and Terms of User HTML file (which you will have to carefully edit in accordance with Apple’s EULA terms).

Use the Find tool in Xcode to find this line of code: and comment it out.