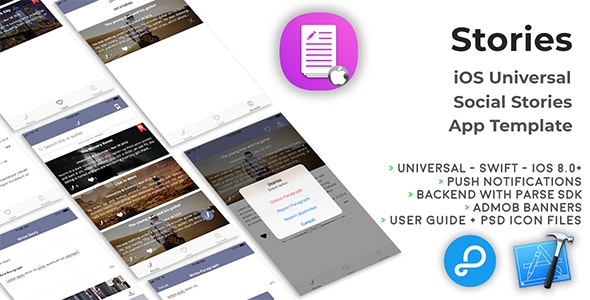 Stories is an app template where you can post stories with a cover image, max 300 characters allowed, and users can reply to them by adding their own paragraphs and keep writing your story in a fun way. It’s great to see what your stories get to, paragraph by paragraph!
Users can like Stories and Paragraphs, as well as report content and Users to the Admin. You, as the Admin of the app, have to daily check your own Parse Dashboard for the reported content or users and take actions for them.

Sure, start by reading this tutorial, it will surely help you get familiar with Xcode and its UI interface: https://hubpages.com/technology/iOS-About-Xcode-and-its-interface


I get a Code signing error in Xcode