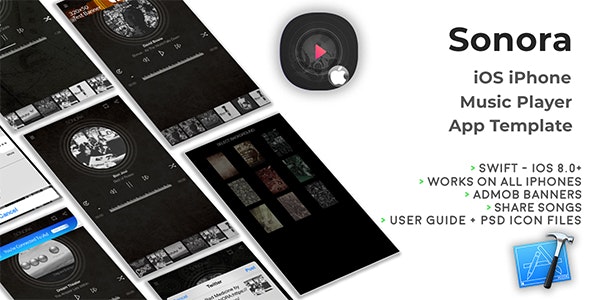 
SONORA is a nice vintage Music Player template that users will love to use instead of the iOS native music player app. It’s written in Swift, flexible and well-commented code, nice UI design, background selection.


SONORA allows you to create a playlist and play it anywhere, also you can share the current song with your friends by Mail, iMessage, Facebook, and Twitter!