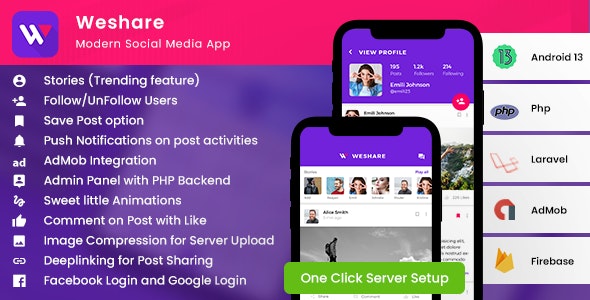 WeShare is a bright and stylish social media app where user can share their pictures and text with others. And another user can like, share, and comment as well on the post. WeShare also known as the Android social app, chat app with emojis, complete app, media sharing chat app, messenger app, picture sharing, post sharing, real-time chat app, social media app with chatting.