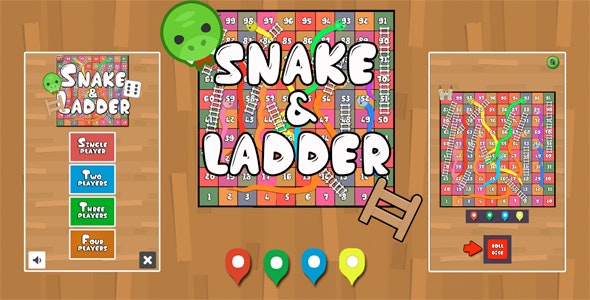 Snake & Ladder is a classic board game developed in Unity3D. This game is played between 1-4 players. It is played between two or more players on a gameboard having numbered, gridded squares. A number of “ladders” and “snakes” are pictured on the board, each connecting two specific board squares. The object of the game is to navigate one’s game piece, according to dice rolls, from the start (bottom square) to the finish (top square), helped or hindered by ladders and snakes respectively.

HOW TO SETUP PROJECT: