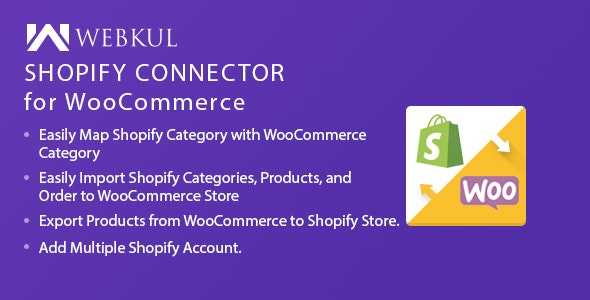 The admin can connect multiple Shopify accounts to exchange and synchronize the data between Shopify and WooCoomerce.

Dear Customers, if you have a question/query, please raise a ticket at webkul.uvdesk.com. We will do our best to answer as quick as it is possible. Don’t give us a low rate without contacting support on the issue you’ve faced with. We are always happy to help you.

Features of Shopify Connector for WooCommerce