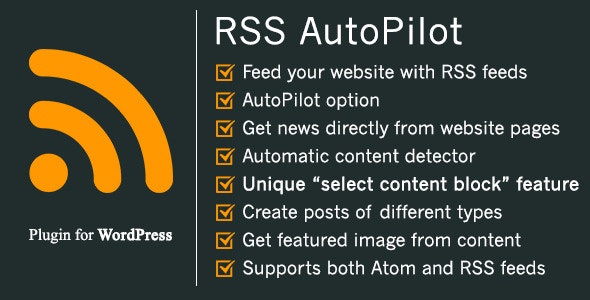 RSS AutoPilot is a WordPress plugin capable of downloading Atom and RSS feeds and creating posts in WordPress using either summary provided by feed or grabbing content directly from a website using unique Content Extractor feature that allows you to manually pick content or automatically detect it. This feature moves feed content parsing to the next level. 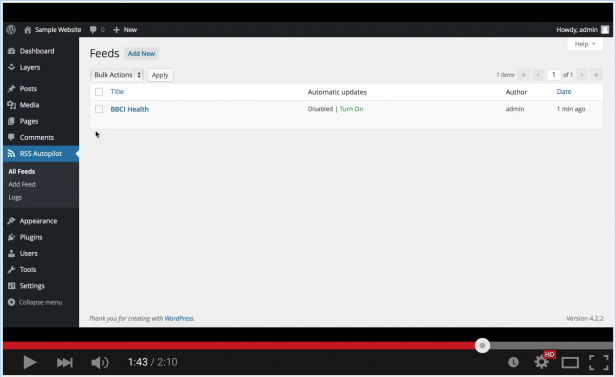 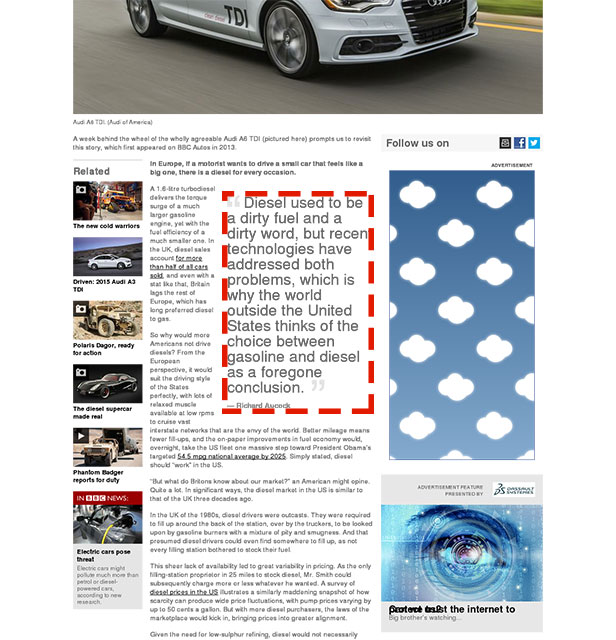 4.29 stars
4.29 average based on 78 ratings. (more information)
© All Rights Reserved CodeTiburon
Contact the Envato Market Help Team
Quick Links Explore popular categories
by
by
by
by
by
by