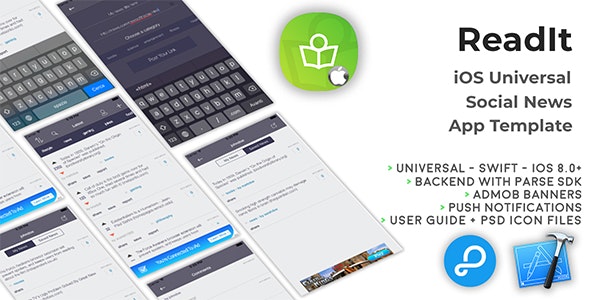 
Readit is a Universal App template that works similarly to reddit.com website, you can login/sign up for an account and post links to the news you want, vote and share them on social networks or email, and also comment them. Your account screen includes the list of your posts and the saved ones (you can only save news from other users since your own ones will be automatically added to your account’s page).
You should also daily check your Parse Dashboard for reported News or Comments and take actions for them.