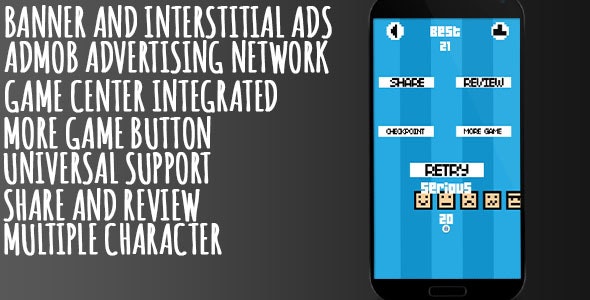 Radical PXL is an incredible addictive and minimalist game! You just need to dodge the walls and score as many points as you can!

The main purpose of Radical PXL Game is to be easy flip reskin and highly converting App.

Press Play. Dodge Walls.
30 Scenes: Every next scene bringing something new and it’s getting harder!!!
What’s your Best Score?
Sounds pretty simple, right? You’ll be surprised how hard it is!

Get This Radical PXL Game On Google Play