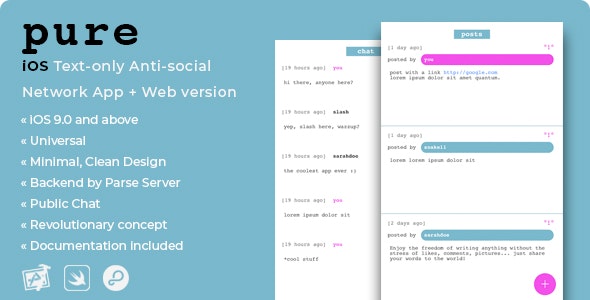 pure is a great solution for those who need to quickly build a mobile app and website that goes abit against popular social networks – no pictures, no likes, just text. 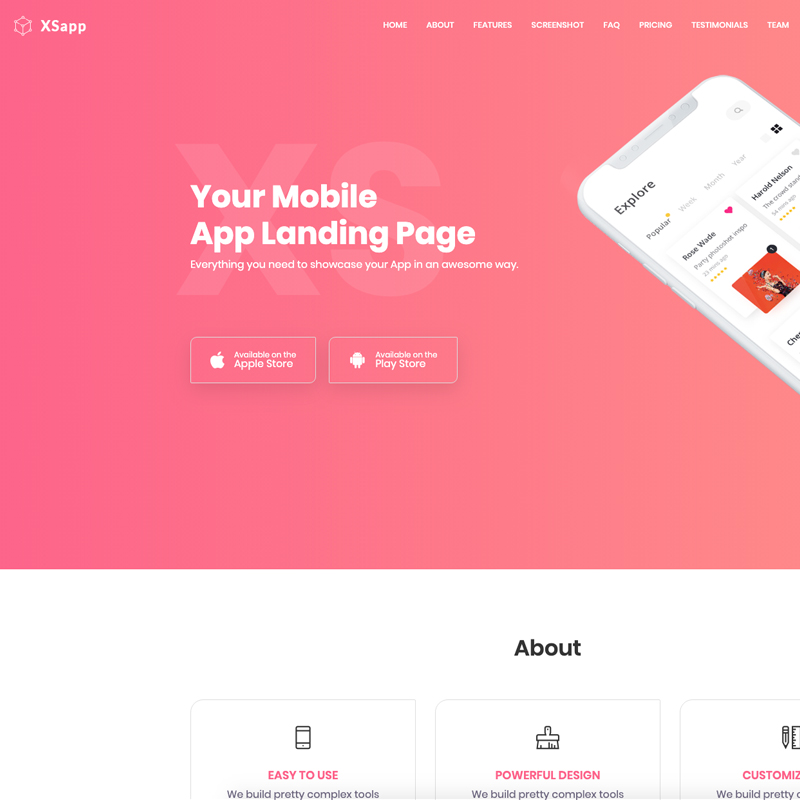 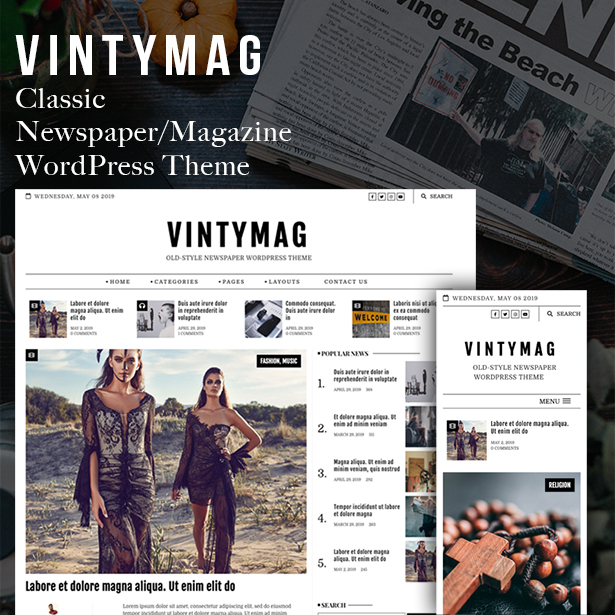 pure is a revolutionary, full-working template (UI + Source Code) that you may either hate or totally love!

Its concept and design are minimalist, both app and website allow users to make text-only posts on the homepage and chat in real-time in the public chatroom. There are no images, no GIFs, no videos, no comments, no likes, and no friends.
You can set any username, and messages sent in the chatroom are automatically deleted from the server after one day.

In the era of full-featured, busy social networks, this application can break their rules and attract people who just want to have fun and purely share their thoughts, quotes, whatever, without getting the distraction of comments, likes, followers, and all that stuff.

The package contains a web PHP version too, the included Documentation explains how to set up both the app and website.
Click here to check the demo website

The iOS, Android and Web version can share the same database on back4app!

If you want to use a nice Admin Panel to manage data of your database instead of using the Parse Dashboard, sign up for a FOREVER FREE account on Adminca.com and watch this video to see how to create a Panel for your Parse App.

As per Envato Marketplace Terms, the Extended License applies to all applications that charge money to their users. In case your users will not be charged of money through your own version of this app, you can still buy it under a Regular license.
Therefore, you must buy this template under and Extended License if your plans are either one or more of the following:
IMPORTANT: You are NOT allowed to sell or share the original source code of this template anywhere due to copyright infringement.

PHP Web version included – Increase your audience by offering a website version of this template.

Chat all together – You can enter the public chat room and communicate with anybody. Just don’t be offensive, people can report you and the Admin can remve you from the database.

Check/delete your own posts – You can view and edit your posts in the Account screen.

Report inappropriate content to the Admin – Users can help the Admin on keeping the app and website clean from abusive content The Admin must daily check the database and take action on reported stuff.

AdMob Interstitial ads – Get some revenue from full-screen advertisement banners – mobile version only.