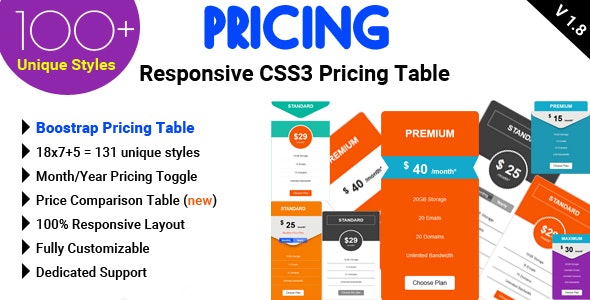 Pricing is a Full Responsive CSS3 Pricing Table built on Bootstrap Framework, HTML5/CSS3. jQuery has used only for month/year price toggle. Its wonderful features can be used to list your website Service Pricing.

Pricing is built on Bootstrap Framework. So you will be able to showcase your website Service Pricing on mobile devices such as smart phones and tablets. It has month/year price switch button. All the codes are clean and well organized. Also have proper help documentation. It looks great with all types of devices. Try out the demo. 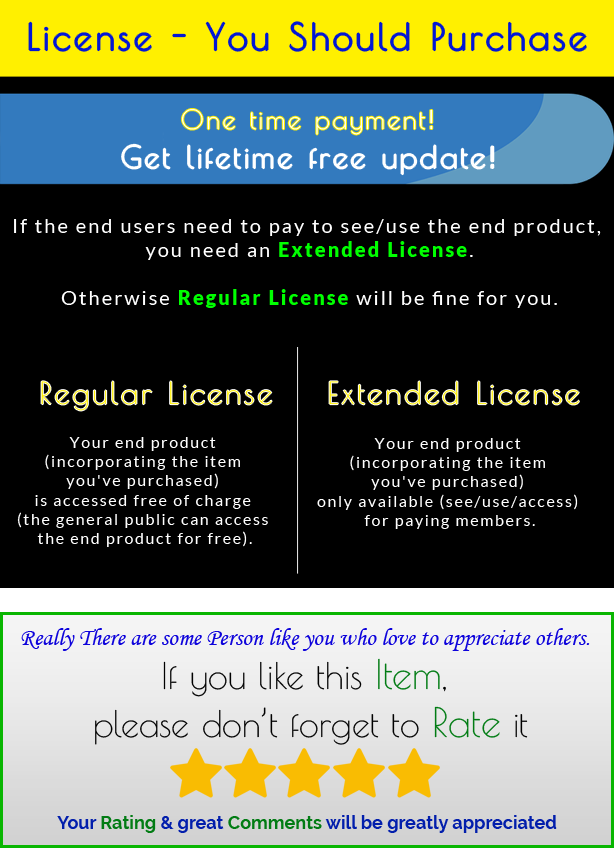 Note: All images are just used for Preview Purpose Only. They are not part of the template and NOT included in the final purchase files.

5.00 stars
5.00 average based on 3 ratings. (more information)
© All Rights Reserved mgscoder
Contact the Envato Market Help Team
Quick Links Explore popular categories
by
by
by
by
by
by