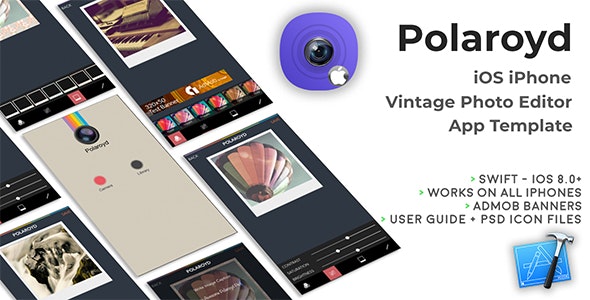 
Polaroyd allows you to take photos with the camera or pick them from iPhone’s Photo Library and edit them like a Pro with its tools like Adjustment and Filters, as you do with Polaroid-like apps!
You can choose between different Polaroid frames and add a caption to your pictures, then share them to Facebook, Twitter, Mail or Message.