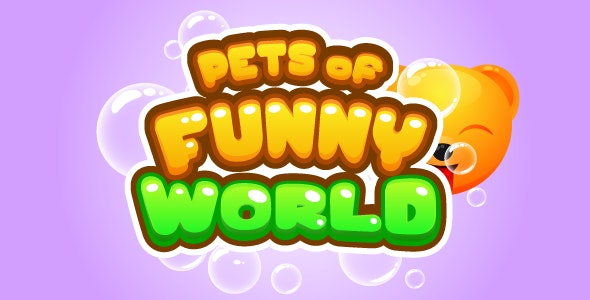 This game is a new type of the games. It is in a sense a mixture of match3 games and autobattlers. Try it and you will understand everything

In the game there are 2 game modes – This is a “Campaign” and “Challenge” For the campaign, you should collect at least one star to achieve the goal and pass the level. Try to get 3 stars!

For the “Challenge” you should already think through your actions, because every step is worth its weight in gold

Now more about the points system:
The game has 3 levels of blocks
1. Normal block. He gives few points for the destruction, but he is able to destroy the neighboring blocks that are on the diagonal with respect to him. If you do not have good moves, then it is worth breaking the most massive cluster
2. Block of the second level. Such blocks are already more powerful. If you burst one of them, then you will be able to destroy several lines at once
3. Block of the third level. These are the coolest blocks. Often they can destroy half, and sometimes the whole playing field
4. Bonus block. It does not belong to the first three blocks. When you click on it, you get a random effect of a random block. Risky but justified

Also! You have to connect similar blocks and then you will get an enhanced version. Blocks can be connected regardless of the distance!

Features:
♥ Combine blocks to get stronger elements
♥ Each block is special
♥ No distance restrictions when connecting blocks
♥ Try yourself in the “Challenge”, how long can you stand?


FAQ FOR USE CONSTRUCT 2 PROJECTS

These are the most frequently asked me questions. Answers are not only for this game, but also to all my games. I hope this helps you. If not, you can always write me an email through my account profile

Do you have ideas for games? You found bugs? Send me an email in my account profile

Same with this game: