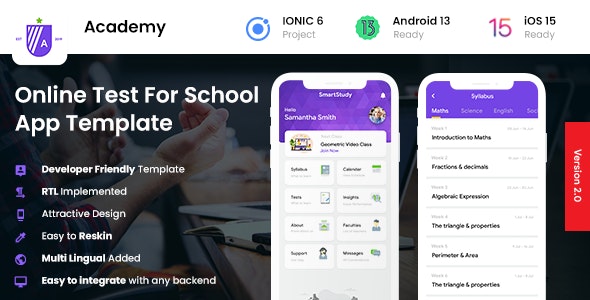 Academy app is for schools & tuition classes which allows users to create online tests and exams for students. Students can answer to test and get the result just after their test. The dashboard allows students to check out their stands in the test.

Awesome looking app can be used for both Android and iOS platforms. It is optimized coded and easy to customize.