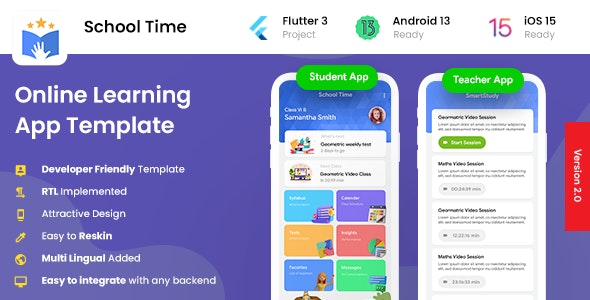 Awesome looking app can be used for both Android and iOS platforms. It is optimized coded and easy to customize. It contains 2 apps. Student App & Teacher app, which provides complete start-up ideas with good-to-go UI designs.

SchoolTime has 2 App templates for Student and Teacher with 40+ screens.