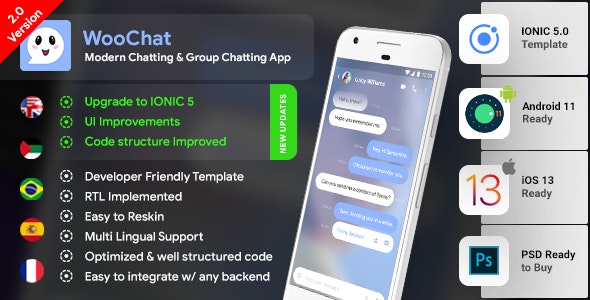 Woochat is a complete modern chatting solution app in which users can chat with individuals, chat in groups, can send images, videos, voice notes, documents as well as users can video calls and voice calls with other users. Slick and modern looking eye-soothing app provides a one place chatting solution where everything is in a tap away.

Woochat is a chatting app template with 25+ screens.