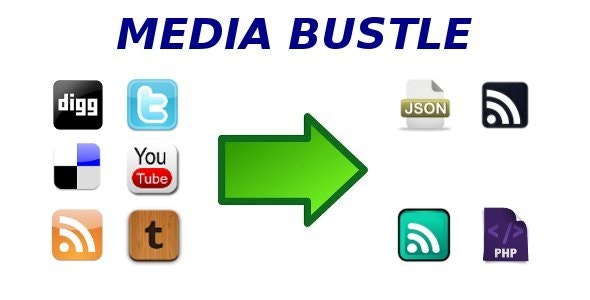 Media Bustle is a Media Feed Aggregator which takes various social media feeds, combines them into a single feed by chronological order and then re-exposes the aggregated feed into different formats such as JSON, RSS, ATOM and more .