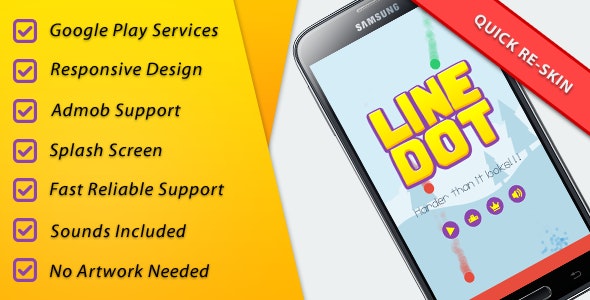 The game is simple; pop the dots, but NOT the dots that are the same color as the floor.

It sounds simple, but it is much harder than you think and the game gets faster.

Built on the LibGDX framework and optimized for minimal CPU usage, this game runs smoothly on all devices; phone and tablet. It can easily be edited in Eclipse.

4.94 stars
4.94 average based on 17 ratings. (more information)
© All Rights Reserved xtremetom
Contact the Envato Market Help Team
Quick Links Explore popular categories
by
by
by
by
by
by