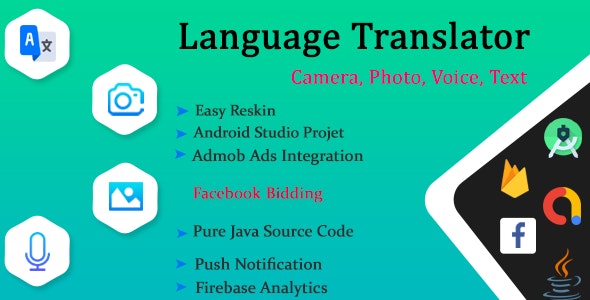 Text Translation into Text-to-Speech Apps:
Language Translator Free, Voice Text Translate All is a leading/professional Translator App to translate between languages using features like text translator, voice translator, text to speech, language translator with English conversation. Free translation app is especially helpful when you are out of the country or in a place where you do not know the local language or somewhere foreign. Language Translator Free, Voice Text Translate All allows you to speak and translate between multiple languages. Text and speech translator gives a fun and effective way to memorize vocabulary.

Copy to Translate:Copy words or sentences and get the translation instantly.

Clipboard Text Translation:Copy the text from other apps and translate to directly.