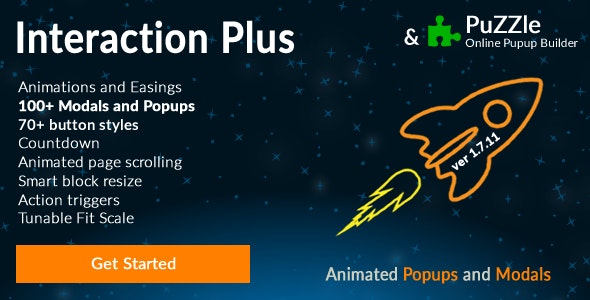 Make your website interactive & attract more customers with Interaction Plus.
Interaction Plus is a collection of animated popups and modals, with ability to also animate its sub elements. You can show popup window on page load, on leave, on scrolling or show it on click event. With Interaction Plus you can attract and pay users attention to certain stuff when and where you want.

This product includes CSS, HTML and Javascript, it’s not a Wordpress plugin.