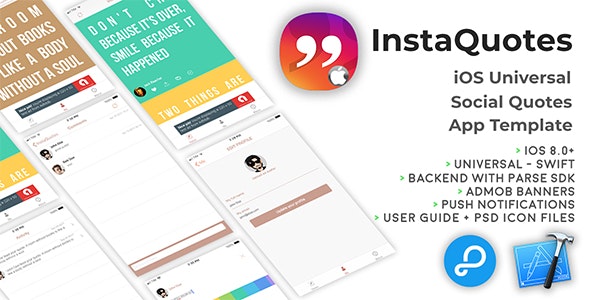 
Both iOS and Android versions can share the same Parse database


InstaQuotes is a Universal App Template where you can post your own quotes and sayings and get involved in a funny community.
You can also browse posts from other users, see their profiles, like and share their quotes to popular social networks.

InstaQuotes has also Push Notifications for likes and comments, it is a native XCode project, Swift language, Storyboard, Universal, super easy to customize, backend with Parse SDK hosted on http://back4app.com