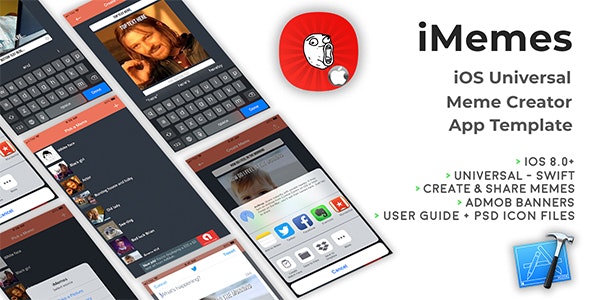 
iMemes is a Universal App Template where you can create your funny meme images from your own pictures or from the ones suggested on the Home screen (you can add all images you want in there).
Then, after setting the top and bottom texts over your selected picture you can share them by Mail, SMS or by the social network apps installed on your device, like Facebook, Twitter, Google +, WhatsApp, etc.

I get a Code signing error in Xcode 8.x