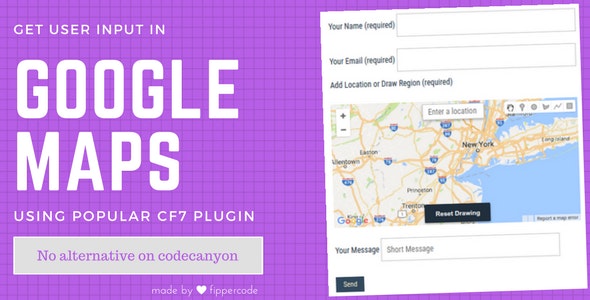 Google Maps Extension for CF7 brings Google Maps to Contact Form 7. The user can place markers or shapes on google maps. This makes it easier to get a location from the user.

All current customers and future customers are encouraged to send us features they want to see in the next version. We’re very passionate about this product and are dedicated to making it valuable for everyone.

4.00 stars
4.00 average based on 14 ratings. (more information)
© All Rights Reserved flippercode
Contact the Envato Market Help Team
Quick Links Explore popular categories
by
by
by
by
by
by