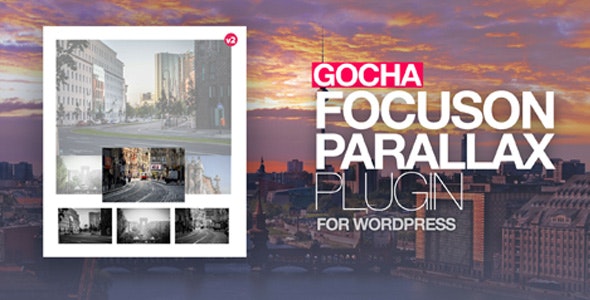 Are you tired of the classic look of a gallery in Wordpress? Expand the possibilities with parallax effect. This plugin allows you to greatly expand the functionality of the basic tool “add media” -> gallery with features that add: parallax effects, leveling pictures, and giving the opportunity to set up millions of patterns in layout configuration. Just check the demo to explore the capabilities of the plugin.

Photos are not included. Some of them I bought on: fotolia.com (wedding, food, autum) and designcuts.com. Rest of them, I took myself.

Lightbox is not included. This is my favorite lightbox plugin for WordPress. You can download it here.

If you like the plugin, please don`t forget rate it

. Thank you very much!

4.80 stars
4.80 average based on 5 ratings. (more information)
© All Rights Reserved gochadesign
Contact the Envato Market Help Team
Quick Links Explore popular categories
by
by
by
by
by
by