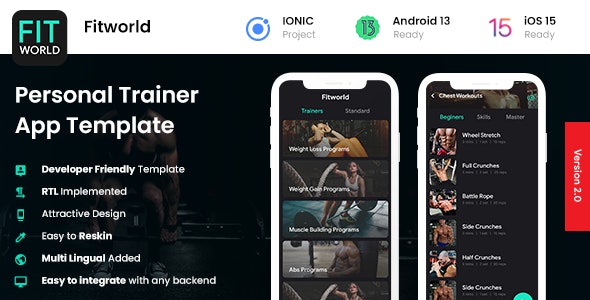 FitWorld workout app is a professional app template that provides pre-set workout plans for bodybuilding, Weight Gain, Weight loss & other Fitness Workout as your bodybuilding and Workout trainer. Use our workout videos to Workout anytime anywhere.

FitWorld can be a great choice App. It is a modern-based and easily customizable App template.