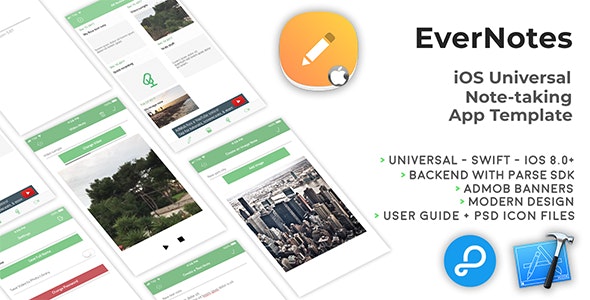 
EverNotes is an app template for you to store and edit notes in the cloud, it works with Parse backend so you won’t lose data even after an update, just log in with your own username and password to access your notes.
You can store Video, Audio, Image and Text notes with this app, all come into a nice, flat UI design that you can customize as you wish via Storyboard in XCode.

About Parse Server and back4app

Read this article for more info about back4app and Parse Server: https://hubpages.com/technology/Parse-SDK-will-not-shutdown-in-thanks-to-back4app