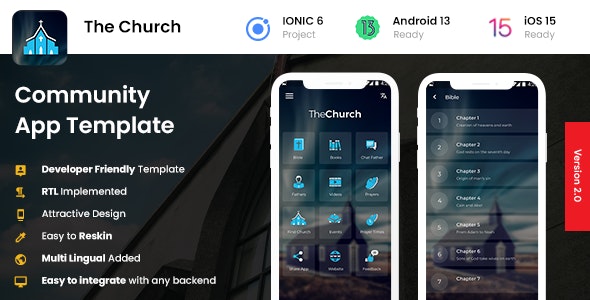 The Church is a community app template.