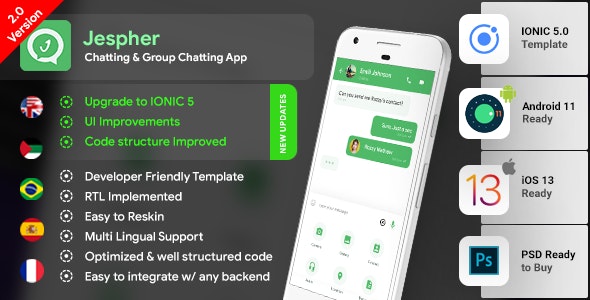 Jespher is a professional set developed to inspire your app chat design. A user can chat with other individual users as well as create a group and chat with their group of people.

Jespher is a chatting and group chatting app template.