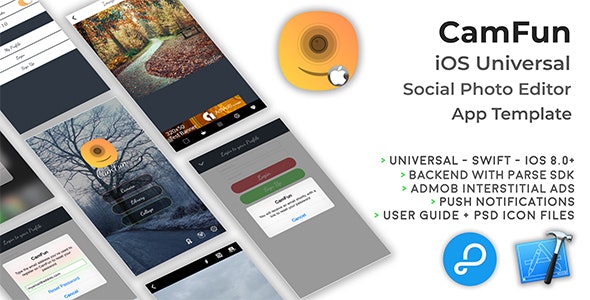 CamFun is a Universal full app template with custom camera controller, collage frames and editing tools to enhance your pictures as you wish.
Plus, it has a nice feature called Wall Of Fame, which works with Parse Server and may get your app popular on the App Store because of its challenging original system. Pictures that get more likes on the Wall Of Fame will move automatically on the top of it, and all users can check received likes on their own Profile screen, log in, sign up for a new account and have fun by showcasing their works to the other subscribed people!